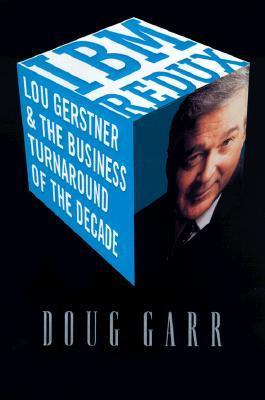 IBM Redux: Lou Gerstner & the Business Turnaround of the Decade

I.B.M.'s self-importance knows no bounds. In the early 1990's, when the pre-eminent computer maker was losing billions and ready to go the way of the Soviet Union, its board cast about for a savior C.E.O. from the outside. One director wanted President Clinton to press Larry Bossidy of Allied Signal to take the job, as though the I.B.M. post were a call to patriotic sacrifice. Nothing came of the overture to Clinton. Bossidy, approached more conventionally, replied not on your life, and the headhunters dug deeper. They came up with Louis V. Gerstner Jr., a chilly but brilliant consumer products executive who had elevated American Express to a pinnacle of success before leaving to head RJR Nabisco, the debt-laden tobacco and foods conglomerate.

Gerstner was a questionable choice to accept stewardship for what the Nobel laureate Joshua Lederberg warned him was one of the world's "great technical treasures.... You better not blow it." He delivered what Doug Garr calls "inarguably the most dramatic corporate turnaround of the 1990's." Today the famously self-absorbed company is repositioned for the open architecture ethic of E-business and the Internet. Its shares fetch about nine times what they did when the new C.E.O. walked in the door.

Doug Garr and Robert Slater share the recognition that the rebirth of I.B.M. is a remarkable tale. They also share the handicap of I.B.M.'s lordly disinclination to be of much help with the project. Gerstner couldn't spare five minutes. The big boss's announced policy of non-cooperation cured any itch other senior executives might have felt for talking about the extraordinary recovery. The two books cover much the same ground with much the same emphasis. The professionals who monitor Armonk will find little new. For the rest of us, these popular accounts are both instructive and accessible.

Garr's "IBM Redux" is easily the spicier choice, more thoughtful as well. Garr worked in Armonk as a speechwriter to the mighty (though not to Gerstner) from March 1996 through 1997, when he was downsized out of a job. An appendix describes the circumstances, together with a rundown on whom and what Garr knew at first hand. But he vows he left with no I.B.M. materials and based his book on subsequent interviews with 150 former or current I.B.M. employees, competitors, partners and analysts. Garr's familiarity with I.B.M.'s heavy hitters (Bob Stephenson, for whom he wrote) and rising stars (Sam Palmisano, now odds-on favorite to succeed Gerstner) brings the tale to life. Though Garr seems free of animus, his portraits have the whiff of the office skinny. Some ranking executives are skewered with an anonymous collective judgment.

So how did Gerstner work his wonders? First things first: He rewrote the executives' worthless stock options, tightening the terms to keep top people on board. He brought in Jerry York, a bare-knuckles chief financial officer who had manhandled Chrysler back from death's door. He backed York on a $7 billion cost cutting, including the exodus of 35,000 employees, carried out swiftly and didactically, in contrast to John Akers's agonized water-torture reductions.

Cold to urgings that he split up the enterprise, Gerstner instead championed I.B.M.'s size and scope as uniquely its strength. He waged war against the empire's reflex to retreat into near-autonomous dukedoms, beheading prominent recalcitrants who "made their numbers" but nevertheless dragged their feet, and against parochialism, paternalism, bureaucracy, complacence, the absence of urgency. No question, people were scared of the man.

At American Express, Gerstner had depended on I.B.M. mainframes and had the scars to prove it. At Armonk he made himself the customer's man, convening corporate clients by the hundreds. Uninterested in lifting the hood, he focused "maniacally" -- a favorite adverb -- on what the machines would deliver. He took as an imperative the task of repairing the brand, which his focus groups told him had become a shorthand for arrogance. He orchestrated a droll, engaging advertising campaign, Solutions for a Small Planet, that did the trick.

Assessing Gerstner at midstream (in 1997 he signed on for another five years), Garr sees I.B.M.'s financial results slipping down the stairs from spectacular the first two years to merely good of late. He fully credits Gerstner for targeting E-business and the Internet, where I.B.M. can make hay with muscular machines and integrative expertise in a way it never could with PC's, Gulliver among the Lilliputians. But should Gerstner rank among America's most creative business leaders, or is he "just an extremely good manager"? Garr ponders the question: "Perhaps Lou Gerstner has been so masterful because he is the kind of C.E.O. who demands far more loyalty from the people who work for him that he would ever give anyone else.... It's nothing personal, it's just the way it is. The I.B.M. that Gerstner walked into was a spoiled child of a bygone era in American business. It needed the discipline."