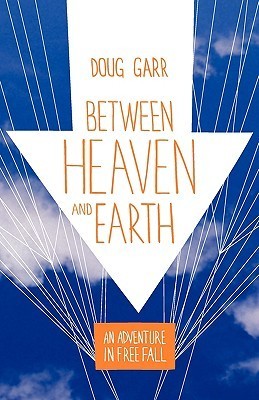 Between Heaven and Earth: An Adventure in Free Fall

Comment on Amazon.com from Ben Pesta, a former editor of Esquire magazine:

Skydiving literature has been pretty much confined to James Drought's 1955 novel, THE GYPSY MOTHS. Doug Garr's skydiving memoir, BETWEEN HEAVEN AND EARTH, is (finally) a worthy successor. Garr started jumping in 1969, when the sport was barely out of its infancy and into its toddlerhood. He made his last (or -- who knows? -- perhaps just most recent) jump in 2008, at age 60. In between, he's met most of the legends and legendary reprobates of one of the extreme-est of extreme sports.

It's hard to convey the allure of launching yourself out the side of an airplane into cold mid-air, but Garr does a masterful job. He captures the jargon and describes the gear and the techniques without ever becoming overly technical or incomprehensible. He writes a down-to-earth (ouch!) prose, leavened by the sort of mordant, deadpan humor that's common among skydivers. Even the most routine parachute jump has an element of what Garr calls "the pucker factor." As you'd expect, skydiving (especially in its early days) has attracted its share of characters, and you don't have to read very far before you recognize the author as one of them.

BETWEEN HEAVEN AND EARTH is like a personal conversation with Doug Garr about the sport he knows and loves. Skydivers will eat this one up for its nostalgia value and its portraits of such skydiving immortals as Owen Quinn and Bill "Smitty" Smith. The merely curious -- even the only VAGUELY curious -- will find themselves wondering, "You know, maybe just once, I wonder if I ...."